Its been a year and a half since working on my first revision of what I have termed "Nike Glow" so I decided to finally revisit the idea and see what I could improve. To figure out what I wanted to do in the new revision, I made a list of issues with v1.

Next, how would I address these issues?
Look at this, all my parts showed up! 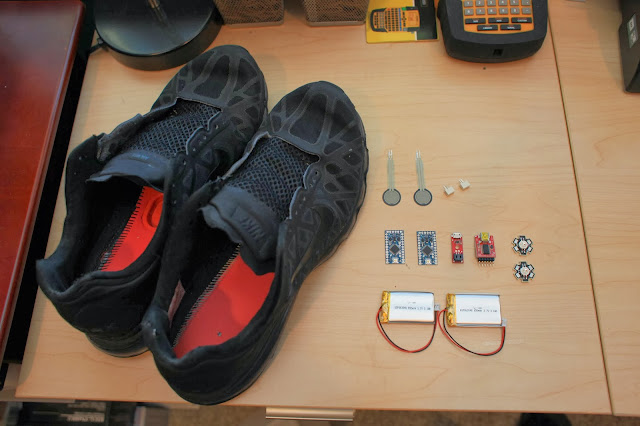 In the first revision of my shoes, I was able to fit the accelerometer in the Nike + adapter slot in the shoe. My original plan was to put the Arduino in this same slot but as you can see, this would not work. 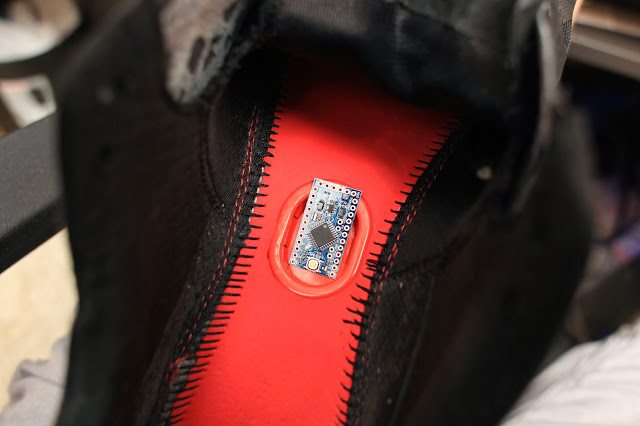 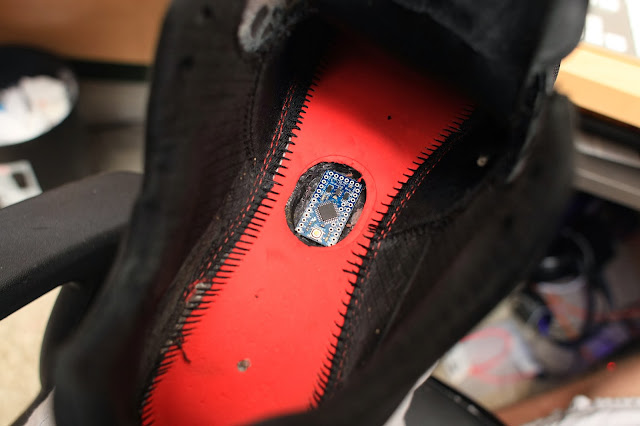 For the LED, I need to drill a hole in the heel of the shoe so it can light up the bubble. Once again, in my v1 shoes, this worked perfectly but since I am using a lower voltage this time around, I ended up cutting out the foam of the shoe so I could place the LED as close to the bubble as possible. 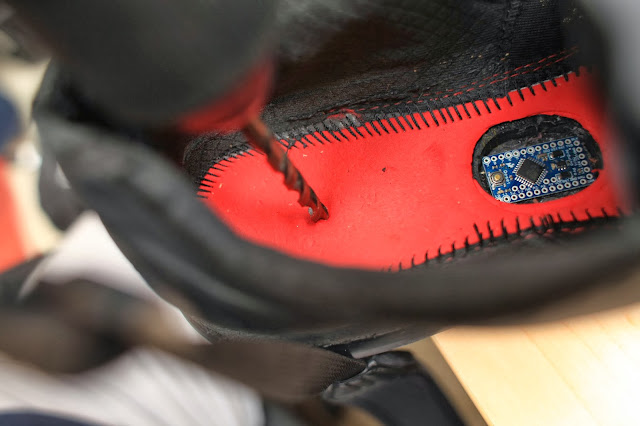 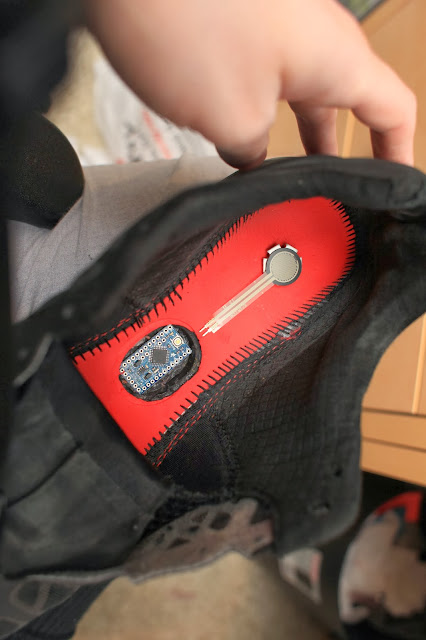 This is how I originally planned on laying the sensor and LED out. The sensor data sheet states the ideal location to attach it is a hard surface where the back will not deform. The back of the LED would have been perfect for this if I didn't end up burring it in the shoe. 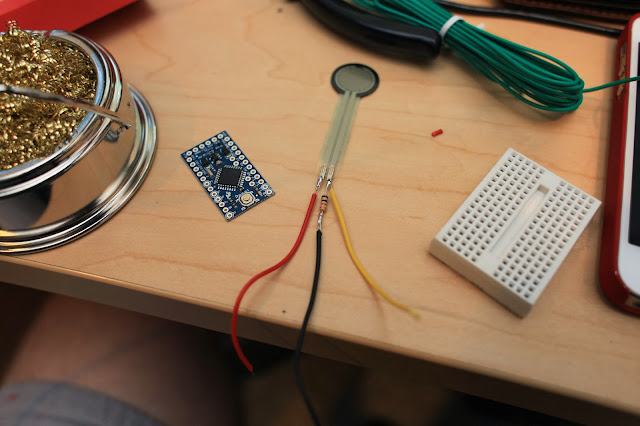 The FSR sensor is very simplistic in its setup. You just have to provide a voltage to one side, and a pull down resistor to the other. Connect a wire from the pull down side and connect it to an analog input on the Arduino.

Next, I had to make my own harness for the battery to connect to the Arduino since one did not exist. 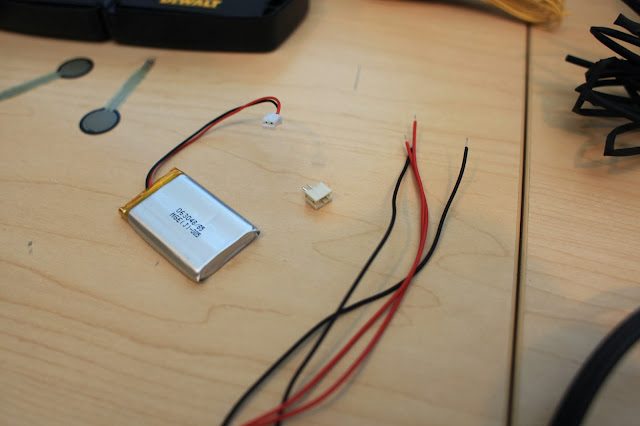 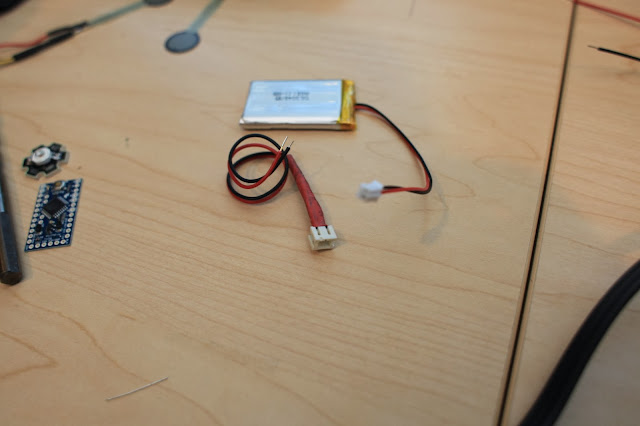 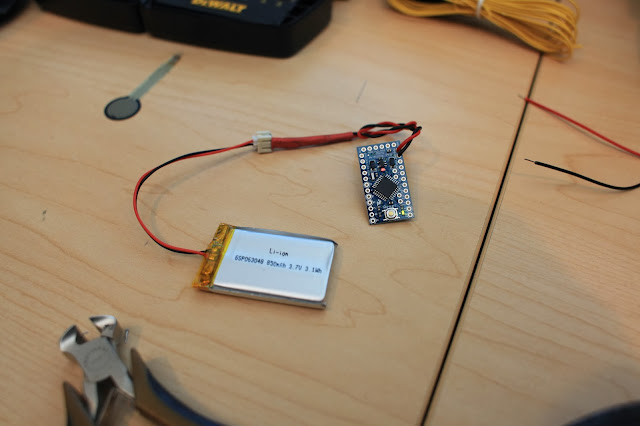 Now that I had power, I could wire up the LED and connect it to the Arduino. Since I am only using red and green, I didn't bother with connecting the blue line. 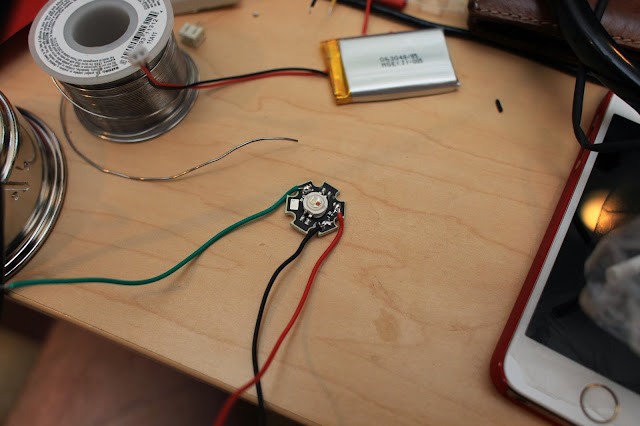 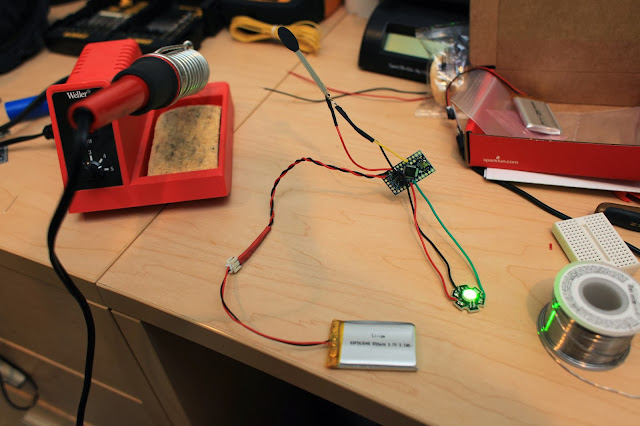 Hey, look at that, I did something right the first time! I'm skipping over the code writing and uploading section since thats pretty anticlimactic. Essentially when the pressure on the FSR is above a certain amount, the LED changes red. When its under a certain pressure, it stays green for 3 seconds minimum (longer if the pressure is still below the value I set.

The following pictures show the installation of the electronics into the shoe along with testing the LED. 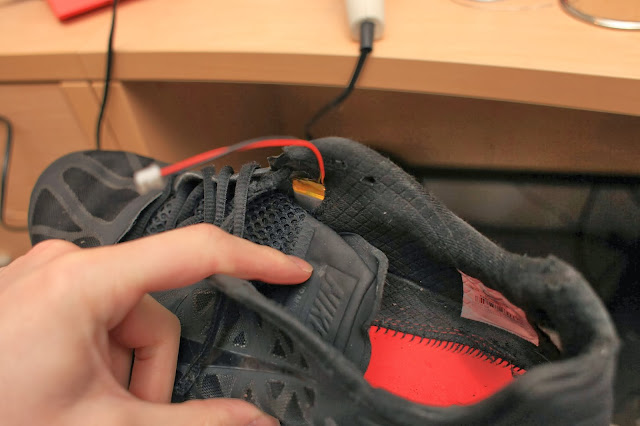 I tucked the battery away in a spot inside the wall of the shoe. 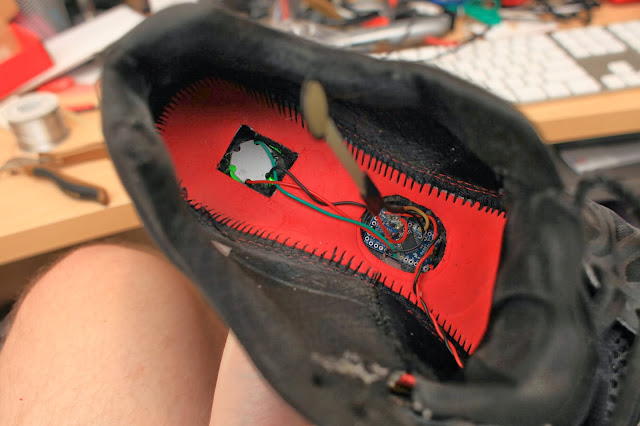 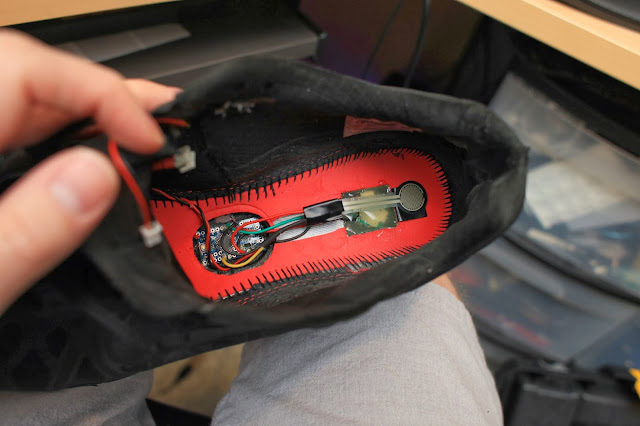 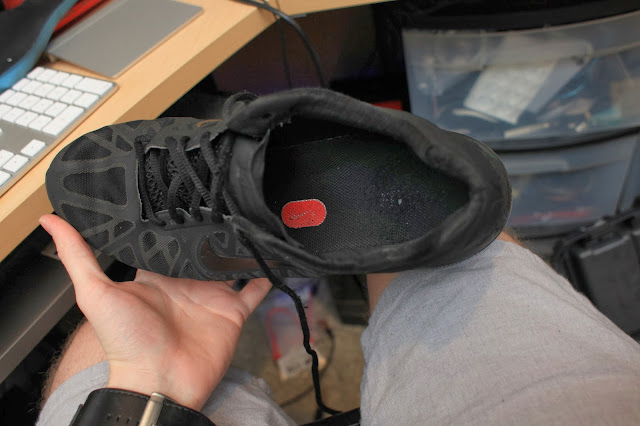 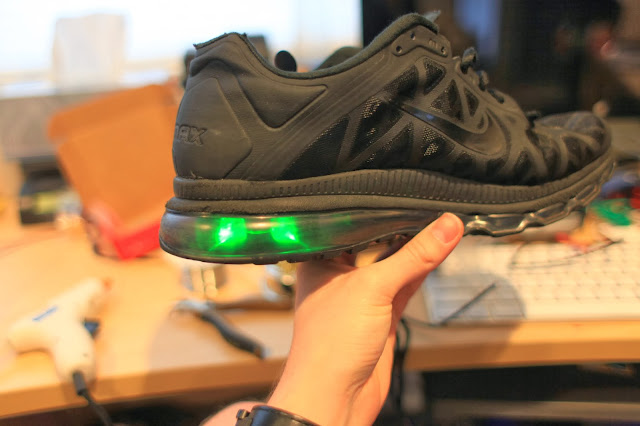 So this is Nike Glow v2. Its a bit of a step forward compared to my v1 in many ways. Smaller, lighter, faster, more efficient, etc. I truly believe the technology exist to manufacture a shoe like this that is better integrated. The potential to have a shoe that is visible at night and lets others know if you are moving or not is something I love having. For now, I will see where this tech goes and maybe revisit it if something new comes up.

Don't forget to view and thumbs up my ad I made! 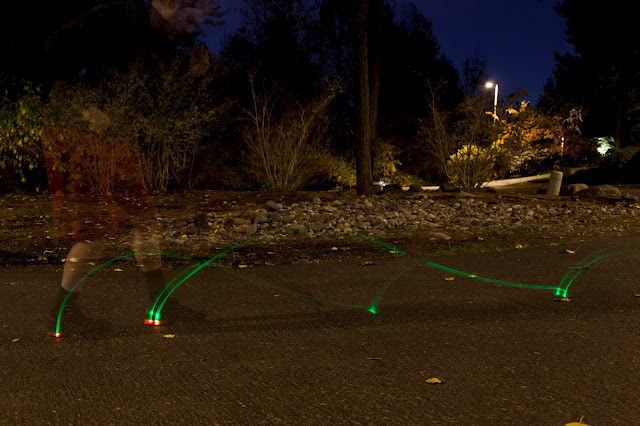